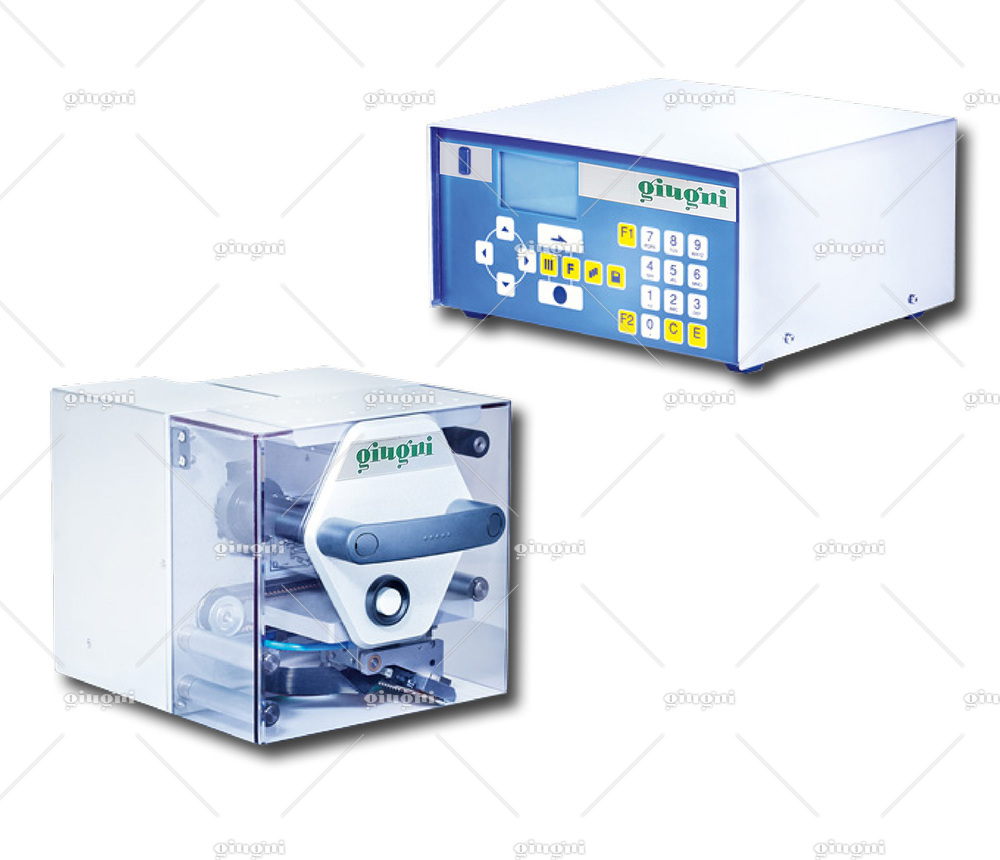 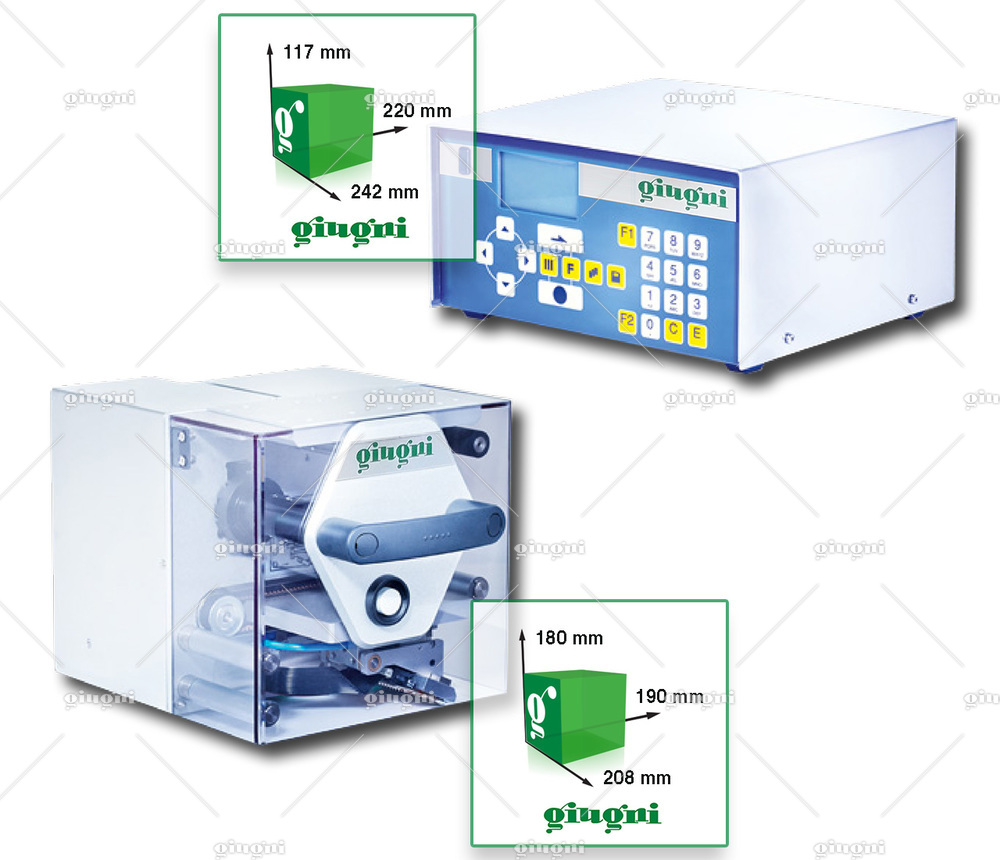 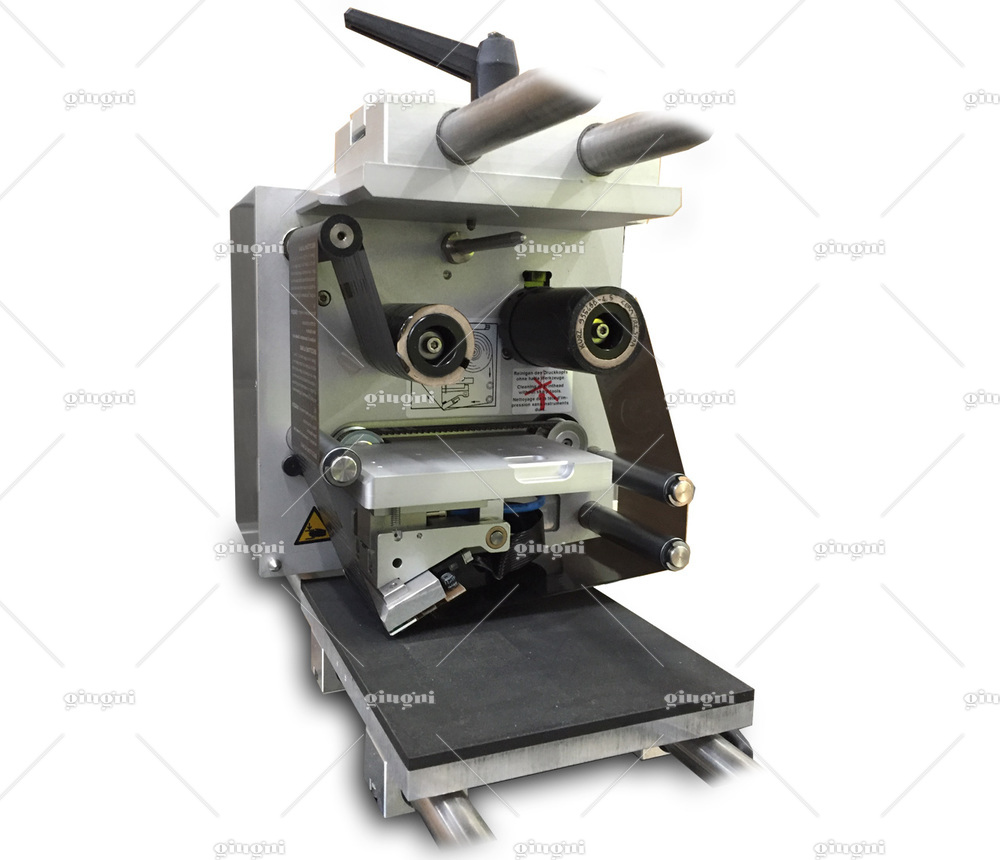 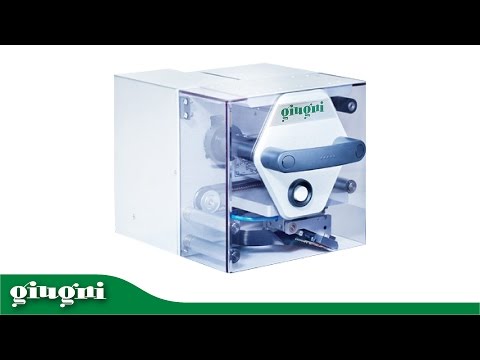 “Thermoprint 360” is a thermal transfer electronic printer suitable to write texts, bar codes, dates, logos etc. directly and automatically on plastic films, paper films and flexible polycoupled. It is electronic because it prints variable data from a keyboard in real time and by a digital technology.
It is a thermal transfer device because it utilizes for printing a dry ink tape. This tape, heated by the print head, transfers ink directly to film with texts and pre-set graphics.
It is particularly recommended for horizontal or vertical packaging machines with continuous or intermittent moving films since this model can print a going film or a still one.
“Thermoprint 360” can work in both ways: continuous or intermittent. In continuous (moving film): the print head must be positioned in parallel with film direction and it descends only tape and film move on at the same speed. Intermittent mode (still film): the print head descends and moves in parallel, orthogonal or with different angulations with film direction. In the meantime tape and film are still. The wished mode must be set from the keyboard.
Moreover one must adapt to the selected mode the kind of back up platform of the print head placed on support frame. Moreover if you work in continuous you need also an encoder reading the film speed (optional).
The “Thermoprint 360” allows obviously a quick print-change from keyboard with a considerable use flexibility and time saving. It gives and maintains a high printing quality and eliminates problems concerning liquid ink drying.
You can print texts, bar codes, dates, logos, etc. with any angulations (0 ÷ 360) in both modes (CO-AL).
Short and simple writings can be set from the keyboard lodged on electronic panel of printer. For sophisticated graphic and writings it is necessary to use the software “Labelstar Office” (optional) to be installed on outer PC where it is possible visualizing the whole print. This software allows set-up, memorization and modification of the print itself. Writings and graphics can be recalled by the keyboard from internal memory, by outer PC connected, or from CF-Card (Compact Flash-optional) with outer PC disconnected.
The ribbon for “Thermoprint 360” is available in different colour rolls and different kinds suitable to films with another composition, with various sizes according to model. Moreover, “Thermoprint 360” has got an automatic device to utilize in the best way the ribbon during printing operations.
This printer is supplied complete with CD with driver for the “Thermoprint 360” for all operational systems Windows in most important languages and with driver for CF-Card (Compact Flash) and USB port.